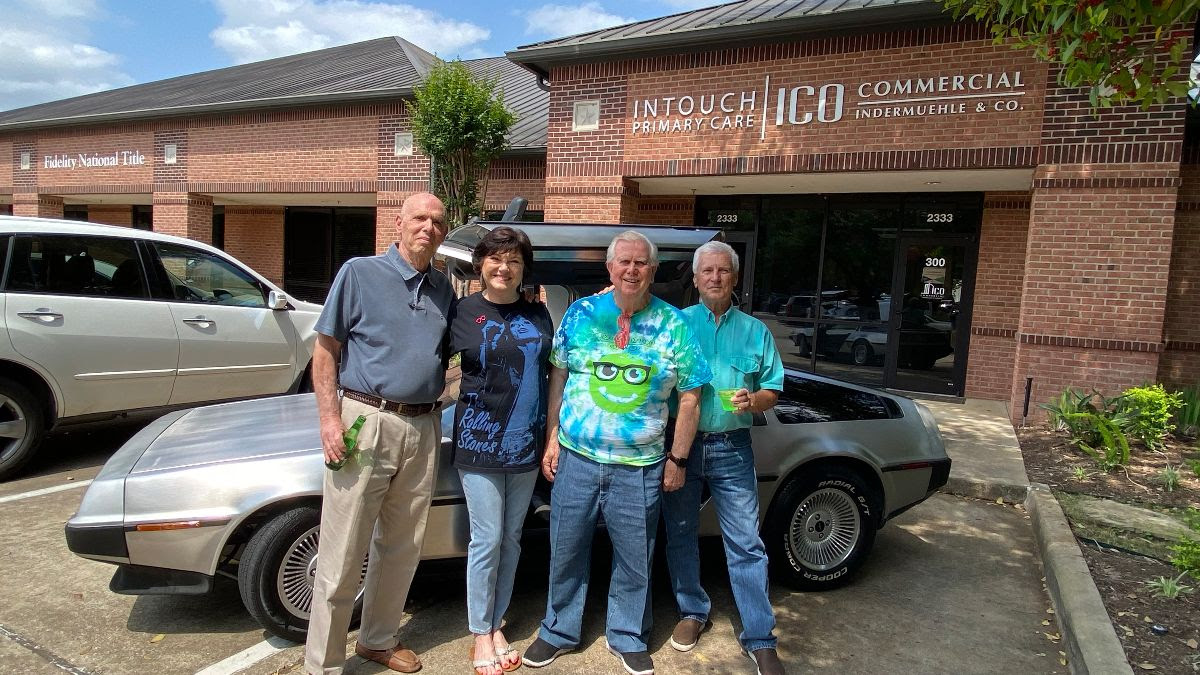 ICO Commercial recently celebrated the 30th anniversary of our company's founding in Houston, Texas in September of 1991.
A day, that could have taken place back in 1985, wasn't complete without Marty McFly's DeLorean time machine. ICO celebrated the 30th anniversary with a photo booth, karaoke, trivia, food, drinks, and fun. In true ICO tradition, a grand celebratory cake stole the show.

"It's hard to believe it has been 30 years!" says Larry Indermuehle, as he looks at a commemorative  art piece using the Indermuehle & Co. letters previously on the front of the building. "It is amazing what we have built".

To see the full story of how ICO Commercial started click below.